The Threat of the Privatized Metaverse

When the Internet was first emerging in the 1990s, it did not have the ownership structure that it does today. Rather, the Internet was wide open with possibilities, and no one knew precisely how the entire enterprise would unfold. The privatization and the commercialization of the Internet were not inevitable. These processes were the direct consequences of specific choices that were made at the policy level over the course of the 90s.(1)

There was a window of time in which different decisions could have been made, but they were not, and that is why we now have the Internet as we know it today. This Internet is strongly privatized, with access to the Internet depending on telecom providers, the infrastructure of the Internet being run by massive companies such as Amazon Web Services, web traffic being dominated by major players such as Google, and so on.

Privatization of the Internet

Over time, the privatization of the Internet has led to a form of monopoly capitalism, where a few massive private companies have come to dominate the entire Internet and its future development.(2) This type of monopoly is problematic from both the ethical and practical standpoints. At the ethical level, the Internet should belong to the people. not to unaccountable private corporations. At the practical level, the monopolization of the Internet has decreased true innovation and foreclosed on alternative possibilities for the future, since the best ideas may no longer have an opportunity to find their proper footing.

Social media provides an excellent example of the nature of the problem. Although the Internet theoretically allows for endless forms of communication, a great deal of communication now runs through the platforms of private companies such as Twitter and Facebook, with network effects (the more people who are on a platform, the more valuable it becomes) additionally contributing to monopoly dynamics.(3) Now Facebook has changed its name to Meta, and it is intent on developing the metaverse.

Privatization of the metaverse

There are disconcerting parallels between the situation of the metaverse today and the situation of the Internet in the 90s. In the 90s, the Internet could have gone in the direction of either becoming a true commons or in the direction of becoming privately held by massive corporations, and we now know how that choice turned out. Likewise, today, Facebook is driving the concept of the metaverse, and that means that if we are not vigilant, then the deck is already stacked in favor of the metaverse being privately owned by a massive corporation.

It is generally well-established by now that Facebook is a monopoly that engages in predatory business practices, such that a solid legal case can be made for breaking up the company altogether.(4) Likewise, in light of widespread concerns regarding misinformation related to the 2016 American presidential election and the COVID-19 pandemic, people have become more and more aware of the fact that Facebook may not have the best interests of the public at heart and that its power constitutes a significant to free societies.(5)

A question that could thus be asked is: Why would anyone want such a company to hold monopolist control over the metaverse? Your Open Metaverse (YOM) with its decentralized metaverse platform and metaverse token seeks to present an alternative to this dystopian vision of the future. We would argue that a mistake was made in the 90s when people lost the opportunity to take the Internet in a different direction. This mistake should not be made again now with respect to the metaverse, and we should remain vigilant and proactive to prevent such a thing from happening.

Stay in touch
Artists, Developers and Businesses co-creating their Open Metaverse that really belongs to them.
Join our Telegram 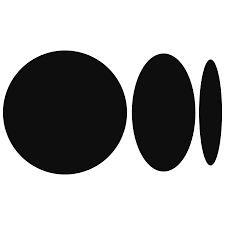